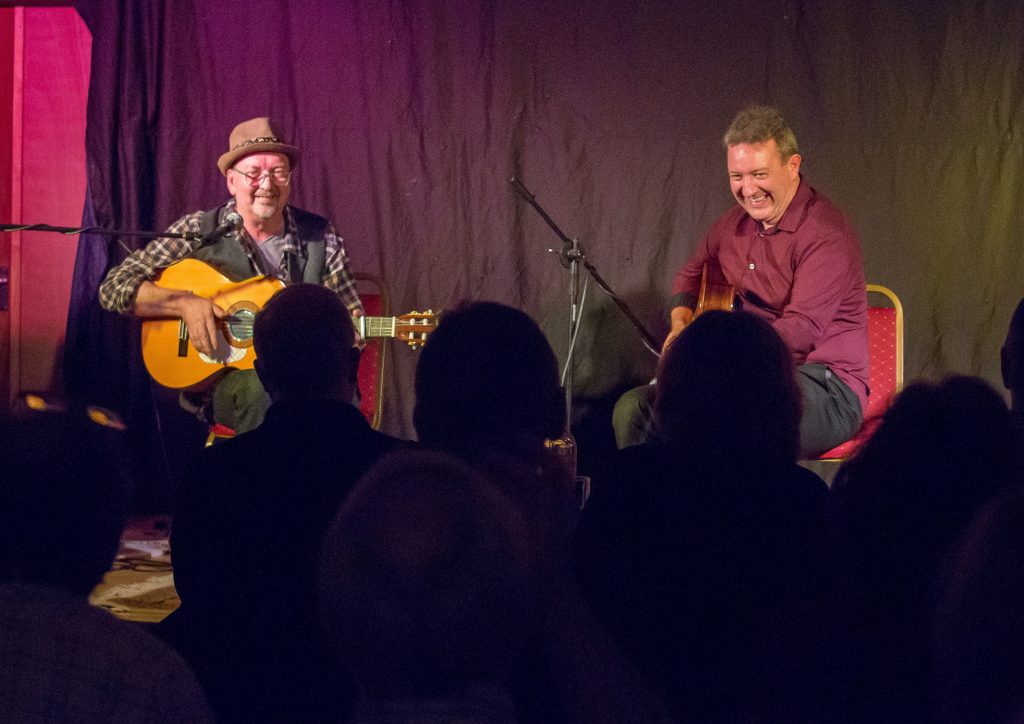 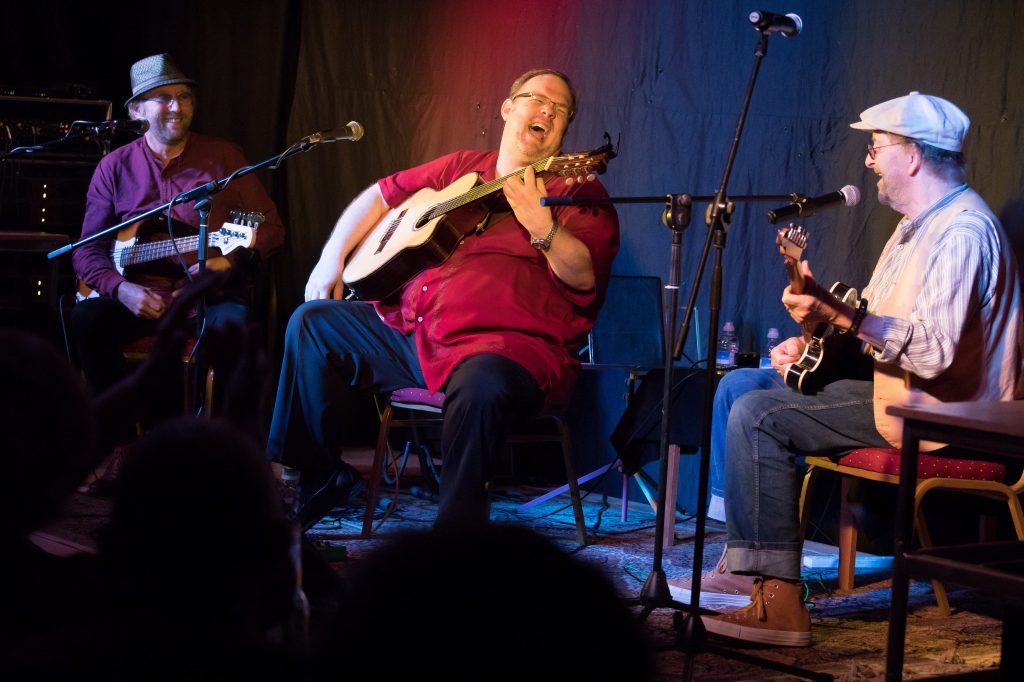 The Stevington Guitar Concerts began in 2006 when my old friend and long time teacher Steve Hicks agreed to play at the our local pub the Red Lion in the back barn, the gig, “Steve Hicks live in the Lions Den” was a huge success. Many of the audience said it would be great to have another similar concert in the future. Around that time I had heard an amazing guitarist, Clive Carroll, who I thought the people of Stevington would enjoy. Despite a busy International tour schedule Clive agreed to play a gig in the Church Room. He was amazing, the people of Stevington supported the event which was a complete sell out and word quickly spread that it had been a very special evening. In 2007 following a heart valve replacement I wanted to raise some funds for Papworth Hospital who did such a great job of fixing me up. I asked Clive if he would play in the village again, he agreed and a larger concert, this time at the Social Centre, was arranged. The concert was a sell out and raised £1,100 for the British Heart Foundation. Such was their popularity the concerts have become an annual event which have been extremely well supported by the people of Stevington and visiting Artists who appreciate the warm reception they get in the village. I have been fortunate to book some wonderful musicians and have amazing support from the village who have raised in excess of £22,000 which has been donated to various charities.